Elaine is a psychotherapist with over 25 years experience. Certified in EMDR, a brain-based rapid-processing therapy, as well as in Feng Shui, an energy-based therapy for the spaces in which humans live, she presents tools therapists, individuals, and couples can use for improving communication and self-management.

Lisa Hall Brownell is a fiction writer and editor based in Connecticut. She is a graduate of Brown University and earned an M.A. in English from San Francisco State University.

Lois has been a painter, and an integral part of the Mystic, Connecticut artists’ community, since her seven years of study with Robert Brackman in the 1970s. Her work has been shown in galleries and held in private collections in the U.S. and in Europe. Today, she teaches at her own art school and continues to find great satisfaction in painting and passing on the joy and fulfillment of making art to her students. Examples of her work can be viewed at: www.loisconstantine.com

Those Who Remain: Remembrance and Reunion After War 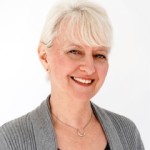 Ruth W. Crocker’s essays have been recognized in Best American Essays and nominated for a Pushcart Prize. She is the author of several magazine and journal articles that have been featured in The Gettysburg Review, Grace  Magazine, O-Dark-Thirty, T.A.P.S. Magazine, and The Saturday Evening Post. She writes about family, resilience, coping with the death of loved ones, the aftermath of war, life after personal tragedy, and the writing process. She is currently at working a historical fiction novel set in the early twentieth century.

She received her PhD from the University of Connecticut and a Master of Education from Tufts University. In addition, she holds an MFA in Creative Writing from Bennington College. She lives in Mystic, Connecticut. Her son, Noah Bean, is a television, film and stage actor.

Visit her website at: www.ruthwcrocker.com and the book trailer for Those Who Remain: Remembrance and Reunion After War.

More information about the People of Yellowstone book and project can be found at PeopleofYellowstone.com

Combat and Campus: Writing Through War

Annette Langlois Grunseth (sister of Peter R. Langlois) is a poet and retired from a career in marketing/public relations. Her poems have published in Midwest Prairie Review, Wisconsin People and Ideas, Wisconsin Fellowship of Poets, Walt Whitman Poets to Come, No More Can Fit Into the Evening, Dispatches Magazine, and several anthologies. Her book, Becoming Trans-Parent: One Family’s Journey of Gender Transition, was a Pushcart Prize nominee. She lives in Green Bay, Wisconsin with her husband John, a disabled Vietnam Veteran, where they enjoy the outdoors and advocate for human rights. Learn more about Annette at www.annettegrunseth.com.

Sgt Peter R. Langlois graduated with a degree in journalism from the University of Wisconsin-Madison and enlisted in the U.S. Army in 1968. He served in Vietnam with the 25th Division. He was awarded the Bronze Star and Purple Heart medals. He was lucky enough to return home for a career in news reporting, public relations, and to raise a family.

Baseball’s Greatest Players: The Story of John Ellis and the Fight Against Cancer

A Boys Life in the Baby Boom

Opinionated Women in the Land of Steady Habits 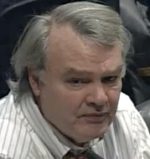 James Herbert Smith was born in 1946, the first year of the Baby Boom, and grew up in Pittsford, New York. His career in journalism spanned nearly five decades during which he wrote and edited thousands of stories for what has been called “the first draft of history” in our daily newspapers. He lives in Connecticut with his wife Jacqueline, also a journalist.

Jess Maghan, author and editor, recently retired as professor of criminal justice at the University of Illinois at Chicago. He continues to advise governments and police departments around the world on illicit trafficking, hate crimes and terrorism.

Sam Lindberg, photographer, has had a long career as a professional photographer and has collaborated with Irving Penn and other distinguished artists.